Wing Chun is a scientific style that mixes physics, logic and reaction all into one art

Real life fighting is fast. Very fast. The fastest person to react in a fight is the one who wins. So how can you train to be the fastest?

The answer lies in your own brain.

For example, let's say you are confronted in your local bar. There is no way you can avoid this fight. This guy want to take your head off for whatever reason, and now you need to take care of this situation. 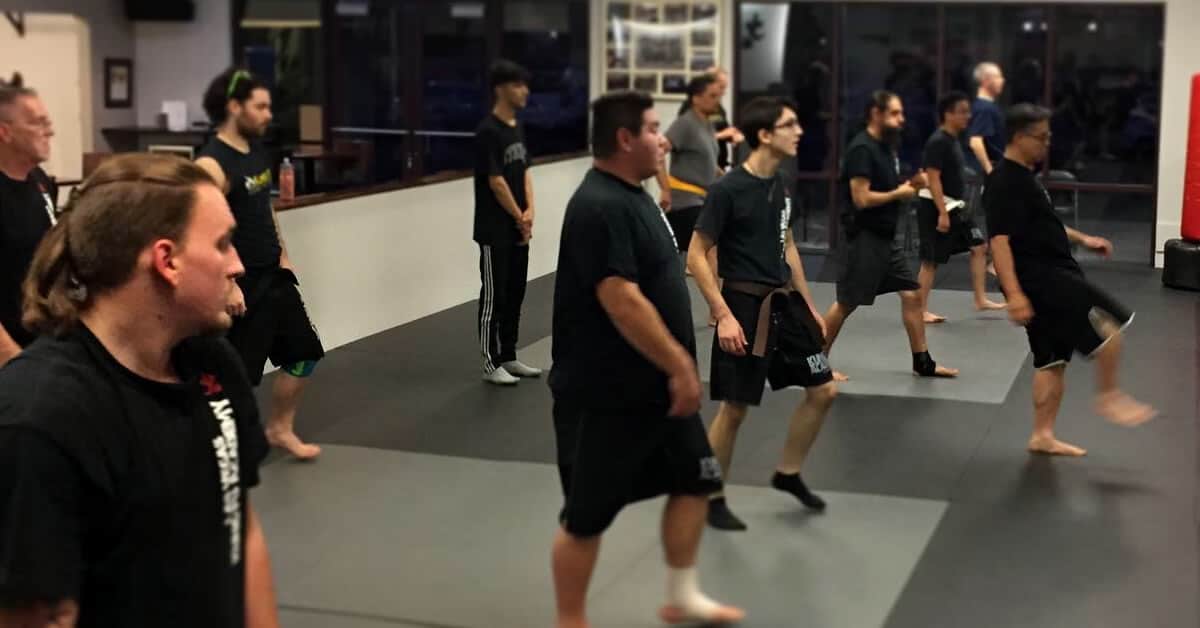 Wing Chun takes the thinking out of fighting

If you are like every other non trained person in this world your brain will start to ask certain questions.

1) Is this guy going to throw the right handed punch? The left hand? or maybe he might kick?

2) What should I do? Block with my right arm or my left? Or perhaps I should try to evade hos attack the counter with my own? What counter technique should I use?

All of these questions take time to answer. Now if you take too much time to answer these, guess what? The guy has already hit you and now you are stunned, injured or even dead.

This kind of thinking in a real fight is much too slow to work. What you need is a system of fighting that takes the thinking out of the equation.

But what if you could take out thinking?

Let's take a look at the animal kingdom. In particular, I want you to consider snakes.

Snakes, from the moment they are born they are independent. They start to hunt their own food and they never see their mother again. They are able to do this because of instinct.

No one needs to teach the snake how to hunt, the already know what to do.

This is what you want. You want to know what fighting technique to use in any give situation instinctively.

When you train in Wing Chun you not only learn self defense techniques, but you learn how to apply them without thinking

Once you can feel their power you can redirect it. All the while clearing the lines for you to score a hit.

I know to most regular people that must sound strange, but that's exactly what Wing Chun is all about. Wing Chun seeks to touch the opponent and through this physical contact understand the opponents intention.

By feeling what attack is coming next you can be one step ahead of you opponent and know how to counter him instantly. These counters are trained constantly in an effort to ingrain the motions in a fairly quick amount of time.

Once ingrained these counters are done automatically and through your own subconscious. This kind of training allows you to flow and adapt to any situation

Bruce Lee once said " When the opponent expands, l contract. When he contracts, l expand. And when there is an opportunity... l do not hit...it hits all by itself".

There are 5 ranges that fighting progresses through.

Wing Chun Trapping is all about control.

Trapping involves where you temporarily crossing your opponents arms and hold them in this crossed position. By doing this you render your opponent incapable of throwing an attack. This is known as H.I.A or a hand immobilization attack.

When you learn Wing Chun you will also learn to trap and while simultaneously offset your opponents balance. Without balance your opponent cannot mount any type of meaningful offense.

Trapping does takes skill and time to develop but it is an extremely important skill to develop and Immobilizing your opponent even for a split second can lead you to victory.

The story of how Wing Chun was created

Long ago, in China, there once lived a young women whose name was Wing Chun. Her name translated to "beautiful springtime" in English. She was just a normal young person living her life in ancient China when a local warlord attempted to force her into marrying him.

Can you imagine what that must have been like for her?

I know it sounds awful know but in the past things like this happened often.

She needed help and quickly

So she sought of the aid of Kung fu master.  She enlisted the help of a Shaolin legend named Ng Mui.

Ng Mui was a Buddhist nun who had trained at the actual Shaolin Temple. like all the other Shaolin monks did not live in the outside world, People like her live in the temple environment because they devote themselves to a very strict and disciplined lifestyle. When she entered the Shaolin Temple she was originally taught the martial art known as Sil Lum Fut Gar Kuen, "Sil Lum Fut Gar Kuen" is translated to English as "Young Forest Buddhist Family Fist", This martial art still exists today and is also taught as a separate course at our academy.

However, Ng Mui on occasion did leave the temple to travel to the local village. This is were Wing Chun and Ng Mui met.

Next, Ng Mui decided to help young this young girl named Wing Chun and teach her martial arts. She started to teach her the martial art of Fut Ga Kuen but found that it would take to long. Wing Chun needed to be proficient now.  After all, if she could not defeat the warlord she would have to marry him!

Wing Chun went on to defeat the warlord using her new style of martial arts. This new style was then named after her and it is now called Wing Chun.

She eventually got married to someone else and started teaching the art to others.  From here the art of Wing Chun spread throughout China. It was passed down from master to master until it eventually, it reached a man whose name was "Ip Man". Ip Man is known as the grandmaster of this style of fighting.  He is famous for teaching Bruce Lee, Kung fu.

Today, Wing Chun is known to be one of the most widespread and effective forms of self-defense.

Some Of The Concepts You Will Learn In Wing Chun Class Are:

These are some of the concepts and drill we teach in Wing Chun class.

We've tried to answer any questions you might have but if we've missed something you can always call us at 702-336-1095.

Question: Is Wing Chun practical or effective for self defense?

Answer: Wing Chun first and foremost strives to be a practical fighting system. Wing Chun practitioners are not concerned with modifying the art to become a competitive sport martial art. There are no Wing Chun Tournaments. The style contains many techniques, such as elbow and knee strikes, eye gouging, groin hits, and throat strikes, that are meant to quickly take out a would be assailant.

Answer: Wing Chun and Shaolin are very closely related. In fact, some of the techniques are IDENTICAL. The art of Wing Chun is integrated into the adult class at the Las Vegas Kung Fu Academy. If you are looking for a pure Wing Chun Class, this is probably not the right school for you.

QUESTION: DO YOU HAVE A DEDICATED WING CHUN CLASS?

Answer: No Wing Chun is coverd in the adult class along with other styles. If you are looking to JUST learn Wing Chun, this class is not for you

QUESTION: WHAT IS THE CENTERLINE?

Answer: Attacking the opponents centerline whenever possible is another philosophy of the system of Wing Chun. The human body's most vulnerable striking targets, such as the eyes, throat and groin, are considered to be on or near this line. Most striking in Wing Chun Kung Fu are linear in nature. The shorter the distance your hands have to travel, the faster you are. Whenever possible, both arms will be used to block and strike in one movement. This allows for simultaneous attack and defense.

Most people who just want to learn one style don't mesh well with the culture here. We always emphasize that all styles have limitations. Keep an open mind.

Jeet Kune Do Classes In Las Vegas And Henderson, NV

My martial arts training at the Kung Fu Academy is a source of pride for me personally, It serves as a constant reminder to me that I have untapped potential. Martial arts is a huge source of positivism and motivation in my life.

I know that I can handle any challenge that comes my way.

I know that whatever may happen or however hard it may be, it’s all still nothing compared to the perseverance and dedication it takes to learn martial arts.

Thank you, instructors, Kevin and Renee for instilling in me a hard work ethic.

Training in martial arts is not "easy" but the rewards are endless.

I am in love with this school and the people who work here."

The people at the Kung Fu Academy have been like a second family to me and my son for over 6 years.

Instructor Kevin is both challenging and encouraging at the same time. He and his family bring out the best in me and my kids. training in martial arts is not "easy" but the rewards are endless.

The Kung Fu Academy has not only Kung fu but also Escrima, Muay Thai, and Judo. This is not a place to just get your black belt, it's a second home where my journey never ends.

Back To The Top