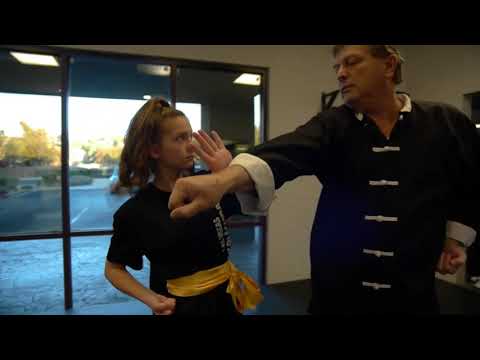 According to oral tradition, Seven Star Praying Mantis Fist or “Tanglang Quan’ was founded three hundred and fifty years ago, by a man named Wong Long.

Wong Long was very much interested in martial arts or kung fu. He studied earnestly for many years in different styles of kung fu. Like many martial artists Wong enjoyed practicing his sets outdoors when weather permitted. One day while he was practicing kung fu in a meadow, he was able to witness a fight between a Cicada (a large insect with wings) and a Praying Mantis.

This was the origins of Seven Star Praying Mantis.

Wong Long was inspired by the aggressiveness and fierce skill of the praying mantis insect, He took the mantis home and began to study its movements. Wong examined how the insect would react when prodded with a small stick. He started to mimic and imitate these actions while thinking of how they could be adapted to a real life fighting situation involving human beings.

Wong believed that such extraordinary grabbing and kicking movements could be incorporated into his kung fu. Slowly, over the course of many months, he proceeded to create a new kind fighting style that was specifically his own. This new system of fighting would follow the principles he had learned from the praying mantis.

Seven Star Praying Mantis Kung Fu is a Northern kung fu style. The way a mantis fighter attacks and defends closely resembles and mimics the movements of its namesake insect, particularly in the blocking and striking techniques. The “praying mantis hook" is one of the most notable techniques. This technique can be used for both offense and defense. The hand is shaped like the forelegs of the mantis.

Seven Star Praying Mantis is most famous for its hand speed and continuous, fluid attacks. This particular style of mantis is just one of many, such as Tai Chi Mantis, and Plum Flower Mantis. The classes at the Las Vegas Kung Fu Academy are a more a modern-day style of fighting but still incorporating many of the traditional concepts and principles as well as traditional weaponry.

The system tries to use close range hand trapping and infighting techniques. Strikes are to the vital areas of the human body. Seven Star Praying Mantis also has many joint locks, throws, and stomping kicks. The sets of Seven Star Praying Mantis are very exciting and swift. The classes offered at our kung fu school include two person drills and traditional forms training in single and two person sets to help individuals acquire the necessary skills that will assist them in a modern day self defense situation.