Where did Wing Chun Kung Fu come from?

The original sttyle of the buddhist nun NG Mui was Shaolin Fo Jia Chuan Or Sil Lum Fut Gar Kuen. Wing Chun and Ng Mui modified this orginal style to create a style that was easier and faster to learn. The similarities between the styles ar apparent as well as the differences.

During the time China's Ching Dynasty, which ruled during the 18th century, a style of kung fu called Sil Lum Fut Ga Kuen was created.

Any citizen who would dare oppose the Ching government was tortured and killed. The Han Chinese, who made up the majority of the population, was subjected to the worst kind of physical and mental degradation under the Manchu rule.

Secret societies of revolutionaries dedicated to the overthrow of the Manchus formed. These secret organizations consisted of many of China's most skilled fighters

Hence, the Ching Dynasty realized the threat posed by well-trained fighters against the Ching Regime. Manchurian rulers required commitments of loyalty from all martial arts masters. Those masters who refused were put to death.

Therefore, many revolutionary fighters were executed. Others were forced into exile. The Shaolin temples, located in the center of the country, served as refuges for many soldiers, dissidents, and persons fleeing persecution.

However, several of these refugees were martial arts experts. Their combined presence at the temple allowed for the exchange of different fighting styles and techniques.

Thus, these fighters helped to refine and improve the techniques already known by the monks, during their stay. The monks, in turn, fused these techniques with their system of meditation and qigong.

One monk living at the Sil Lum Monastery was fortunate enough to receive the attention and guidance of 5 different masters of Kung Fu. He learned from masters of Lau Ga, Li Ga, Mok Ga, Hung Ga, and Choy Ga styles. Each Kung Fu style had unique characteristics and emphasized different techniques.

For example, Hung Ga Kuen emphasized brute strength and a low wide stance. The stances in Hung Ga Kuen are deep and low to develop strength in the legs but become very upright when fighting. You should be able to stay rooted and balanced standing upright because of the feeling gained at the deep posture.

Next, Mok Ga was famed for its kicks. You attack an opponent's knees and feet in this style.

This one monk integrated this accumulated knowledge into a single style. This monk kept only the martial arts techniques he felt were most efficient. He then discarded all techniques he considered less essential. He condensed them down to only those techniques he thought were really going to work in a true fight. 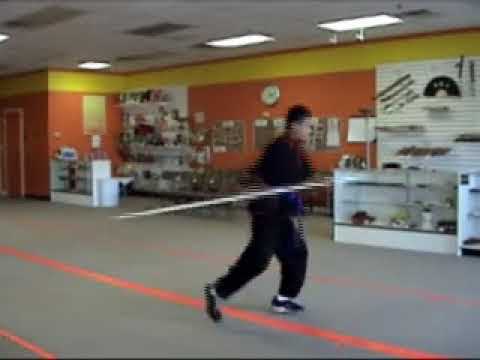 However, one outstanding lady monk or nun studied this system, her name was Ng Mui.

Ng Mui was a very powerful martial artist and gained the respect of all of the men at the temple. She would sometimes leave Sil Lum and visit the neighboring villages. It is during one of her outings that she met a young woman named Yim Wing Chun.

However, Wing Chun felt the training was too strenuous and took a long time to master. So, Wing Chun created and perfected a system of her own which now bears her name. In fact, there is still a very strong resemblance to some of the Sil Lum Fut Ga movements in Wing Cun Kung Fu, especially in the hands.

Unlike many other martial arts forms, Sil Lum Kung fu origins are based in religion. The Sil Lum Temple was founded as a part of the Chan Sect. Imported into China, the Chan sect was a school of Buddhism that was founded in the Sixth century.

The Chan Sect was a school of Buddhism imported to the Chinese culture during the early Sixth century. The Chan Sect soon became the dominant Buddhist school in China, with more than 79 percent of the country's temples practicing its teachings.

Actually, two completely separate Sil Lum temples were built, one for the Northern sect and one for the Southern sect. These Sil Lum Temples distinguished themselves from the others in that their monks were martial arts experts. Throughout history, dedication to studying and living the scriptures of Buddhism, and intense martial arts training were the hallmarks of the life of a Shaolin monk. 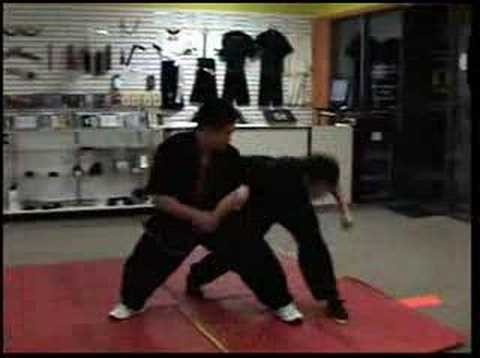 What should I do if I am cornered by multiple attackers?

What is a BJJ black belt capable of?

Are martial arts good for kids with anger issues?

Did an Indian guru create Chinese martial arts and the Shaolin temple?

Here are some common questions beginners have about Karate classes.

Here are some common questions beginners have about Krav Maga classes.

What is the difference between Northern and Southern types of Kung Fu?

Here are some common questions beginners have about Tai Chi classes.

Here are some of the most common questions people ask about Escrima.